Lexus is bringing some heat to the 2019 Chicago Auto Show with the first public appearance of the 2019 LC 500 Inspiration Edition.

Lexus is bringing some heat to the 2019 Chicago Auto Show with the first public appearance of the 2019 LC 500 Inspiration Edition.

The third vehicle in the Lexus Inspiration Series, this LC 500 is a limited-edition model that features a unique mix of colours and features that build on the coupe's stunning design.

All LC 500 Inspiration Series coupes feature vibrant Flare Yellow paint, a rich, metallic shade of yellow that's eye-catching from a distance, yet subtly handsome up close where the deep layers of paint highlight every crease in the sheet metal. Standard 21-inch wheels and tires give this LC the perfect stance while the carbon fibre roof and lower grille insert add just the right amount of contrast.

The interior of the LC Inspiration Series also gets several unique design elements. Bespoke Yellow door inserts made of Alcantara connect the exterior to the cabin while the standard touring seats feature semi-aniline leather with yellow stitching. That same stitching is also used on the instrument panel, console and glovebox to give the entire cabin a one-of-a-kind look.

It's not exactly a one-of-a-kind look, however, as there will be a total of 100 of these LC 500 Inspiration Series cars produced. An inscription on the carbon fibre door sills marks each car as part of this exclusive production run and each car will come with a matching leather Lexus garment bag that folds into a spacious travel bag. Flare Yellow lining highlights the inside panels, and double yellow stitching adorns the top hem which makes it a perfect complement for a weekend getaway in this new LC.

The LC Inspiration Series is powered by the same 5.0-litre, normally aspirated V-8 found in every LC 500 coupe. It sends 471 horsepower to the rear wheels through a 10-speed automatic transmission, a setup that is capable of delivering a 0-to-60 mph time of just 4.4 seconds.

A new plug-in hybrid line-up for BMW’s flagship 7-Series has been revealed, with performance, technology and luxury coupled to short-distance emissions-free capability.

A new plug-in hybrid line-up for BMW’s flagship 7-Series has been revealed, with performance, technology and luxury coupled to short-distance emissions-free capability.

The plug-in hybrids go on sale this spring and combine the sportiness, comfort and feel-good ambience of BMW’s flagship luxury models with increased efficiency. There is a choice of two model variants: the BMW 745e and the BMW 745Le xDrive, the latter of which gets intelligent all-wheel drive.

The plug-in hybrid system consists of a six-cylinder in-line petrol engine and an advanced high-voltage battery with an enlarged capacity compared to previous plug-in models. This gives a boost in power output and torque, as well as improved figures for electric range, fuel consumption and CO2 emissions.

Power comes from a 3.0-litre BMW EfficientDynamics engine producing a peak power output of 286hp combined with an electric motor with a rated output of 113hp and torque of 265Nm, along with a new lithium-ion battery featuring the very latest battery cell technology and expanded storage capacity. In Sport mode, the two power sources combine to give a total power output of 394hp and maximum torque of 600Nm, giving the 745e sports car-like acceleration.

The hybrid system features intelligent energy management for precisely controlled interaction between the two power units, including a preview function that works with the car’s GPS to assign electric power most efficiently on a pre-planned route.

In performance terms, the 745e accelerates from zero to 62mph in 5.2 seconds. The new 745Le xDrive, with its intelligent four-wheel-drive, cuts that time down to just 5.1 seconds, with all three models electronically limited to a top speed of 155mph.

The new high-voltage lithium-ion battery for the plug-in hybrid 7 Series has an increased capacity of 12.0kWh, allowing electric power to be enjoyed beyond the city limits. In Hybrid mode, all models can travel at a speed of up to 68mph - 13mph faster than the predecessor models – in purely electric mode. The petrol engine doesn’t join in until the car reaches the higher speed, or the engine is under particularly heavy load. In Electric mode, the power of the electric motor alone is sufficient to reach a speed of 87mph.

The 745e has a maximum electric range of between 34-36 miles depending on driving conditions, while the 745Le xDrive aims to achieve an electrically powered range of 32-34 miles.

The electric motor is integrated into the eight-speed Steptronic transmission and acts as a generator during braking and coasting, feeding regenerative energy back into the battery. The lithium-ion battery also powers the car’s on-board network and can be used to run the auxiliary air conditioning system.

To aid weight distribution and practicality, the battery is positioned underneath the rear seats, while the 46-litre fuel tank is located above the rear axle. This means that the luggage compartment volume of the plug-in hybrid models is only slightly restricted.

Fuel consumption and emissions have also been improved. For the 745e, combined consumption is between 141-123mpg on the NEDC cycle. CO2 emissions are from 48g/km.The corresponding figures for the new 745Le xDrive 118- 105mpg and from 52g/km. 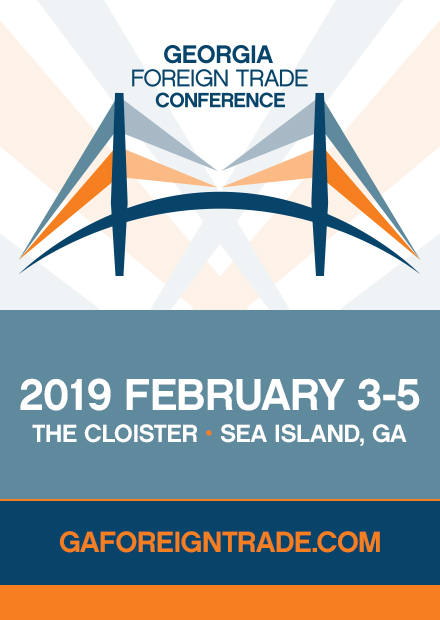 Building on the sporty styling of the NX F SPORT, features such as Lexus Safety System+ and Lexus Enform Wi-Fi and Apple CarPlay still provide the support needed for a busy lifestyle. The NX F SPORT Black Line vehicles enhance the driving experience through unique styling and design touches on both the interior and exterior of the vehicle.

Also on0board will be the exclusive 10.3" Navigation System multimedia display for the NX Black Line, accessed with the Remote Touch Interface (RTI), a touchpad with palm rest in the centre console. Traditionally part of an upgrade, the display predictive traffic information, including detour preview, ETA calculation and low-fuel coordination with nearby fuel stations, the subscription-free Lexus Enform App Suite 2.0 are standard across all models.

Additional upgraded features that come standard in the NX F SPORT Black Line include Comfort Package with Blind Spot Monitor and Heated/Ventilated Front Seats, Power Tilt/Telescoping Steering Column, Intuitive Parking Assist, Power Rear Door with Kick Sensor, Moonroof and Auto-dimming inside rear-view mirror. The Lexus NX 300 F SPORT Black Line brings the sound of the revving engine inside with Active Sound Control (ASC), which brings some of the engine note through the speakers and enhances it, with volume adjustable by the driver.

With 1,000 units of this special edition crossover in production, the 2019 NX 300 F SPORT Black Line Edition will begin arriving at dealerships in February. It will carry a MSRP of $48,575 for the FWD version and $49,975 for the AWD version.

Škoda has made the Octavia vRS even more compelling thanks to the introduction of a UK special edition model; the Octavia vRS Challenge. The new model features up to £4,535 ($5,986) worth of extra equipment for only £2,460 ($3,247) compared to the standard vRS model.

Škoda has made the Octavia vRS even more compelling thanks to the introduction of a UK special edition model; the Octavia vRS Challenge. The new model features up to £4,535 ($5,986) worth of extra equipment for only £2,460 ($3,247) compared to the standard vRS model.

Positioned above the standard vRS and offered with the brand’s acclaimed 2.0 TSI 245PS engine, the Octavia vRS Challenge combines impressive performance with high equipment levels and an ultra-practical cabin. Available in both hatch and estate forms, the Octavia vRS Challenge is priced from £30,085 ($39,712) OTR (hatch) and £31,285 ($41.296)(estate) and is available to order from Škoda retailers.

Inside, over the standard model, the vRS Challenge is fitted with figure-hugging Alcantara vRS seats that are electronically adjustable and heated for the driver and front-seat passenger. A colour trip computer with lap timer is also fitted as standard, along with keyless entry and start.

Dynamic chassis control (DCC) is another advanced feature that comes as part of the vRS Challenge package. DCC uses electrically regulated dampers and steering to deliver the perfect driving experience. Each individual shock absorber is connected to a control device that calculates the best setting for each wheel. This allows the system to react within milliseconds to bumps in the road, changing lanes or twisting roads. Front assist and front and rear parking sensors complete the vRS Challenge’s specification list.

The car is equipped with a 2.0 TSI engine that develops 245PS. Capable of sprinting to 62mph in just 6.6 seconds (hatch) and 370Nm of torque, customers can choose between a six-speed manual transmission or a seven-speed DSG.

The fitment of an electronically regulated VAQ limited-slip differential allows drivers to fully exploit the car’s performance - even in challenging conditions. The VAQ limited-slip differential was originally developed for motorsport and works with an electronically regulated multi-plate clutch located between the differential and the powered axle on the right-hand side. When needed, 100% of the power can be directed to one front wheel. When cornering, the differential transfers an increased amount of engine power to the outer front wheel (wheel with the most grip) as required.

The first two vehicles to kick-off the celebrations in the UK are C3 and new C4 Cactus, which are available to order now. The ‘Origins’ Collector’s Editions are distinctive and elegant, and feature classic colours and materials with touches of a special bronze tone echoing the ‘Origins since 1919’ signature.The special editions features ‘Origins’ exterior customisation with bronze coloured highlights and a nod to the original chevron logo.

The model also features an ‘Origins’ logo sticker underneath the rear view mirror and a graphic decoration on the boot. Inside, the scheme continues with the new ‘Origins’ interior ambience: Heather Grey and black seat upholstery with white highlights and a soft-touch dashboard trim with a bronze surround.

The Mercedes-Benz V-Class celebrated its market launch in India accompanied by around 100 media representatives and other guests. It is available to order there immediately.

The Mercedes-Benz V-Class celebrated its market launch in India accompanied by around 100 media representatives and other guests. It is available to order there immediately.

After Japan in 2015 and China in 2016, the MPV with the three-pointed star has thus entered another major Asian market and is becoming an increasingly important component of the international "Mercedes-Benz Vans goes global" growth strategy.

The V-Class combines the functionality of a classic van with the typical strengths of a Mercedes-Benz passenger car. It does not just offer space for up to eight people and an intelligent stowage space concept, it also distinguishes itself from other vehicles with its stylish design and its manifold personalisation options resulting from the various equipment lines and design packages.

Plus there is a multitude of other pleasant options, including the biggest panoramic sliding sunroof in the segment, the wide centre console with integrated coolbox and the temperature-controlled cupholders with LED illumination or even the discreet ambient lighting which offers three colours and five dimming levels. With this concept, the V-Class has already managed to impress customers in more than 90 countries around the world.

With its "Mercedes-Benz Vans goes global" strategy, Mercedes-Benz Vans is following a three-part approach. Outside of the European core markets, it seeks to tap into growth potential, broaden and differentiate the product portfolio, as well as driving forward the business unit's position as a technological leader.

The latter will be achieved by the future-oriented adVANce initiative, as well as through the development and commercialisation of comprehensive, customer-oriented transport and mobility solutions.